Powered by the Dungeons & Dragons

I apologize for this post. I'm mostly just ranting because I'm trying to formulate some coherent thoughts of my own about my game, and since I have few people to discuss it with I'm just going to vent here and maybe come up with something.

I've been running Freebooters on the Frontier for the last few weeks, which could be described in one of three ways:
1) it's a narrative based roll system that seeks to emulate D&D
2) it's a Dungeon World hack
3) it's the closest feeling to classic D&D that any game Powered by the Apocalypse has achieved

Somewhere between D&D and Apocalypse World is my sweet spot for gaming.

The 1-minute round
The 1st edition AD&D Player's Handbook states (on page 105) that each combat round is supposed to last 1 full minute. Often there is much confusion as to why only one attack can be attempted during sixty seconds. Apocalypse World has the answer when it instructs you, as the GM, to zoom out of the action. Every time I play Apocalypse World I imagine that each individual roll during a fight is accounting for a series of maneuvers and feints and parries, much the same way AD&D accounts for a minute passing during each round of a fight. Somewhere between 1st edition and 3rd edition, a Turn went from being 10 minutes to 1 minute as the combat round was shortened to 6 seconds. The 1st edition rules had some other issues which are related to timekeeping.

gang warfare VS. NPC army
When a large group of people fights another large group of people in Apocalypse World, it uses the same combat system that is present in the normal rules except that damage is applied to the group as a whole. A confusing aspect since many players don't know how to determine who in that group should suffer harm specifically. The gang fighting rules in Apocalypse World allow a GM to fall back from the specifics of who attacks where and how and sum up the fighting with a single roll, but it also requires that the GM be coherent and creative enough to narrate exactly what is happening with those gang members. In AD&D, when a PC has several followers that they want to coordinate attacks with, often it is the GM left rolling dice over and over again for each individual hireling/follower.

seeking solutions
Rolling a lot of dice is boring. Especially if the GM is doing all of the dice rolling. I played in a game once where the GM spent literally eight minutes (I timed it) just rolling dice for things that were happening before our PCs showed up, when he could have just rolled once and extrapolated the events that occurred from a single result. I really like the economy of the Apocalypse World system because it allows the players to focus on what they want, and it allows a GM to interrupt that focus with problems easily, but every time the dice are rolled I feel this intense pressure to make something interesting happen regardless of the result and I think I get burned out pretty quickly from it.
Funnily enough, I think Freebooters could be a superior D&D-like game if it used combat moves that more closely emulate Apocalypse World.
Unlike most PbtA games Freebooters asks the GM to roll for followers and hirelings, and I think keeping the straightforward combat move of Freebooters works for NPCs. Yes, it may involve rolling for a lot of 2d6 results, but only if there are a lot of NPCs and since NPCs tend to go down with 1 hit it doesn't make it terribly time-consuming. One round of combat and pretty soon the PCs will see that they need to protect their fragile helpers. 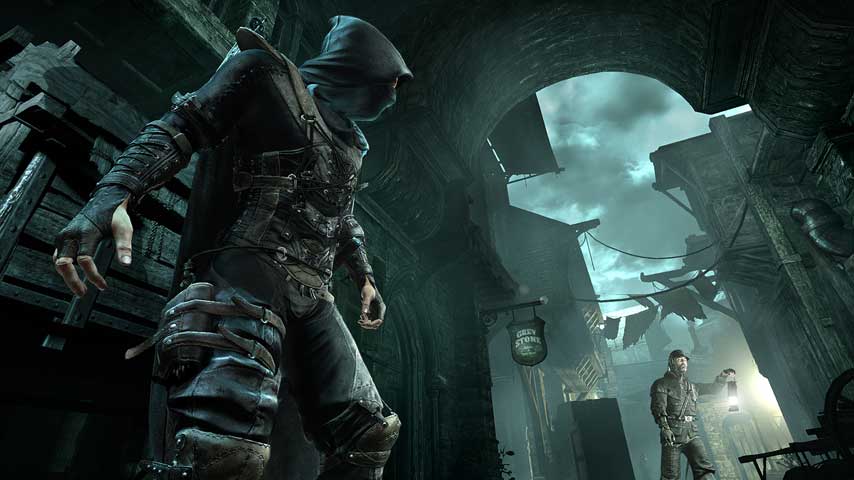 naming conventions
Apocalypse World calls everything a PC can do a Move. There are Basic Moves which everybody has access to and then there are Playbook Moves which essentially function as Class Abilities. These last few sessions I've had non-Thief characters trying to sneak around like Thief characters and it doesn't feel right because the Thief has their own Move for sneaking around and not being seen, and the way I've been having players roll for sneaking around is technically better then how the Thief does it, but it also somehow takes away from the Thief anyway if everybody is sneaking from place to place with the same frequency. This got me to thinking that sneaking around is not an inherently Thiefly thing to do, it's an inherent thing that anybody will do when confronted with overwhelming opposition. I decided that Thieves shouldn't have a Sneak ability, they should just be better at sneaking then anybody else.
Thieves therefore get the Stealth specialty from Tricks of the Trade for free.

2d6 or 1d20
Apocalypse World uses a very balanced 2d6 system, and in contrast D&D uses a wild 1d20 that always has to be vaguely high. What if D&D used the 1d20 roll in a balanced way? If you look at the percentages in AW and compare them to D&D then you have partial successes happening on rolls of 9 or higher and you have complete successes happening on rolls of 18 or higher. This would mean that every roll of 9 or higher is always some kind of success, and the natural 20 roll would no longer give some extra special effect. Without looking at probabilities, I would be inclined to make rolls of 15 or higher successes, and rolls of 10 to 14 partial successes, everything else below that is a miss but the GM could always choose to offer a partial success with a cost.
This would take a little more work, and might as well be it's own hack by the time I'm done.

gang warfare again
One of the glaring issues I've had when using Apocalypse World is that gangs tend to trump combat. This means that PCs often can't be heroes, even though the AW rules make it pretty clear that the PCs are central and important characters who are difficult to kill. Surround a fighter with five goblins in D&D and there's a lot of dice to be rolled, surround a fighter with five thugs in AW and there's a small gang fighting that character. It simplifies things, but it also makes it deadlier and a little one-sided.
Freebooters gangs roll 1d6 damage and have 0 armor for small gangs, 1d8 damage and 1 armor for medium gangs, and 1d10 damage and 2 armor for large gangs. Instead of +1harm for size differences, the damage die types adjust along with armor (up to a maximum of 4 armor).

what next?
I'll have to playtest some of this to see how it works.
Posted by Patrick Mallah at Tuesday, December 08, 2015