The "city" of Partyville was designed by my players using the Apocalyptic Settlement Generator I made. Cards that were set aside were 'drug dealers' 'overgrown park' and 'entrance to sewers' - all of these things are ALL OVER the place in Partyville. 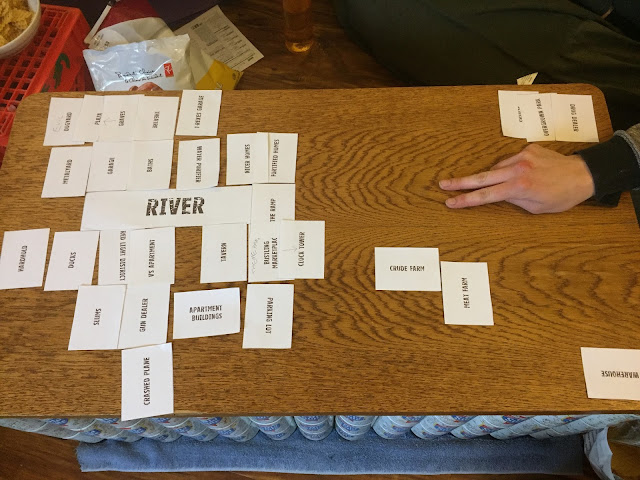 When they placed the 'dogyard' the players were describing these hell hounds that were immune to bullets and were spreading out into the "rich" part of the city. This is the first time I've said "Are you sure about that?" in years. Years! Point blank I said "You know, if you want the world to have ferocious bulletproof dogs from hell running around, I have no objections." and they quickly relented.

A lot of NPCs got killed. But some new NPCs have taken the stage.

Whitney is a 12-year old girl that everyone at the farms just south of the city listens to, and worships. Since Tum Tum got killed she wants to restore order to Partyville by any means necessary.

Doctor Faustus is a medic with a few experimental treatments that work surprisingly well. Both Snow and Jere-Mi sought healing from him.

Pamlico is a prostitute who works for Noah, and Noah is a madam who gave BLAKKSNAKE shelter and respite after his last fight.

Dog Head is the last living lieutenant who followed Tum Tum and even though he wants to give BLAKKSNAKE some payback, he mostly just wants to flee Partyville as fast as possible.

As for the PLAYERS' characters?
Dart is gone, officially, and is now relegated to NPC status - he's currently enslaved by INDIGO
T-REX has been captured by whoever killed Fleece (protip: I know who it is, nobody else does)
Crushed V disappeared at the same time
Snow is broke, so she got hired by Dog Head as an enforcer
Jere-Mi is repaying their debt to Doctor Faustus by acting as a combat medic for Dog Head
BLAKKSNAKE has been threatening everybody's lives and trying to find whoever crucified Bob Marley, but her gang is about to be raided by Dog Head

THE SHIT IS ABOUT TO HIT THE FAN!
Posted by Patrick Mallah at Thursday, May 18, 2017 No comments:

Here's the link to my Apocalyptic Settlement Generator - inspired by a post of Dyson's.

With the pages printed off, the players take turns drawing a card and placing it somewhere in the settlement. You can also "burn" a card, meaning you put it aside or rip it up or whatever and then the settlement either has NOTHING like that or it has a TON of those things or similar features. I did this with my group and the first card to get burned was Drug Dealer, which meant there were drugs everywhere and they were easy to find/buy. 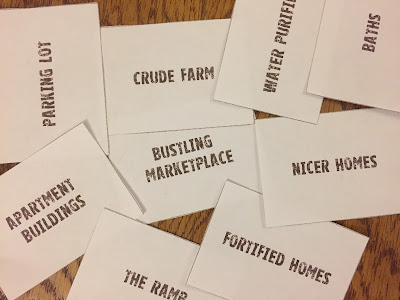 It should be pretty easy to print off the first 2 pages and just use those, but additional pages should be good for adding custom details or expanding into a huge sprawling city. The last page is blank so you can add places you think you might need (also, with an editor you can go into the last page and just add items with the vtks_good_luck_for_you font).
Posted by Patrick Mallah at Tuesday, May 09, 2017 1 comment:

Email ThisBlogThis!Share to TwitterShare to FacebookShare to Pinterest
Labels: Apocalypse World, i made this
Newer Posts Older Posts Home
Subscribe to: Posts (Atom)