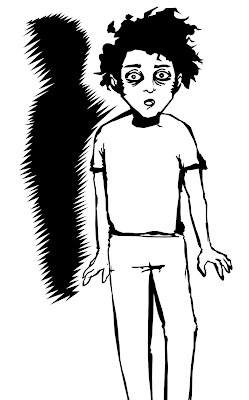 Everything we have is robbed from graves, from corpses entombed in their own homes, from the dead cities buried under dirt and water, from the past and its memories. Do you think they see you, with their crowpicked eye-holes? Can you hear them speak, with their black and bloated mouths? Yeah, go ahead, son. Brush it off. But there’s more things under these shattered heavens than you think. The dead far outnumber the living now. And I have to wonder: is there still room enough in hell?


I realize that it's been a whole fucking year since I worked on these playbooks, and I'm sorry. All of the work was done, all of the artwork was finished, but one day I was just lazy about sitting down and formatting the pdf, and then I kinda forgot that I had this project to finish. One day turned into a week which turned into a month, and all of a sudden people online are asking if more of these playbooks have been converted to second edition and I think "Oh shit! I never finished those playbooks!"

Long story short, once upon a time Johnstone Metzger granted me permission to convert his Heralds of Hell playbooks into a legal-size format, and I asked him again for permission to revise those same playbooks to the second edition rules for Apocalypse World, which he granted.

Here is the Haunted, with new artwork provided by Marie Ann Mallah.