Every game I've ever played that had a Luck mechanic, a spendable resource used to modify rolls or situations, it's been useless. Primarily because players forget they have it, and even with constant reminders that it exists they grow scared of using a resource they think they may not recover. Even if the Luck mechanic replenishes quickly, I've seen players avoid using it for fear of "wasting" it on the wrong things. The players end up not receiving rewards because they don't use their Luck, it just sits there.

In Dungeon Crawl Classics, Luck is so difficult to recover that players are always reluctant to use it, even when they remember it's there. Playing a halfling can help recover Luck faster, but I've seen players refuse to spend Luck past certain levels, usually just enough that they know they'll recover it all before the next session. 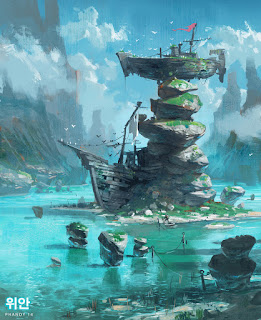 The boldest use of Luck I've seen, and the most egregious, was in a 1st-level adventure. The PCs were sneaking through a cave where a giant was sleeping, there were several traps and enemies meant to increase the risk of waking the giant, and when one player missed a roll and woke the giant another player decided to spend all of their Luck to cast a spell, ensuring that it would be cast at maximum effect.

In the many World of Darkness games, Willpower is often used as a boost for rolls. I would argue this is just the same mechanic with a different name and explanation for it's use and recovery. And again, I've played and run a lot of World of Darkness games and players just straight up forget that it's a resource they can use, unless you remind them.

I once built a character in Mage who relied upon using Willpower for a lot of his spellcasting, and the first time I used it the GM informed me that he changed how it worked. It's already an unreliable mechanic and this guy changed it to work almost exactly like Mana. Had he even read the rulebook? Who knows, I left that game after one session because he also introduced Doctor Who as a helpful NPC.

I don't have a resolution for this, I'm just saying Luck is dumb and designers shouldn't include it in their games because it gets neglected, abused, and modified into unrecognizable house rules.

Email ThisBlogThis!Share to TwitterShare to FacebookShare to Pinterest
Labels: rules