I've been funding a lot of kickstarter projects lately. Which is a weird concept in and of itself, it's a bit like investing but so many people are pooling small amounts of money together it's more apt to call it micro-investing. The mediaverse has been referring to it as crowdfunding and that's just as good of a description as any. I'm beginning to inwardly call it "casting the 'Mass Beg' spell"


10.
I vowed two weeks ago to stop pledging money to kickstarter campaigns. It's too easy to get really excited for something and then spend money and be forced to wait, and wait, and wait. I haven't seen any returns yet for any of these kickstarters because the earliest one isn't set to deliver until May. And then there's 'curse the darkness - a roleplaying game'
Matthew McFarland is the man responsible for this little gem. I met him randomly via LJ a few years ago while he was offering to sell used gaming books. I bought a couple of titles from him and we befriended each other over similar interests. It was only a month or two later that I realized he was one of the hired authors at White Wolf Studios, which then left me with the constant anxiety that he might think that was the only reason I was "friends" with him.
For quite some time now he's been posting sparse details about this role-playing game he's been working on, and always made these entries with the words "curse the darkness" and they were intriguing. I was always curious to learn more about the setting, and looked forward to his entries despite how cryptic or confusing they might end up being. 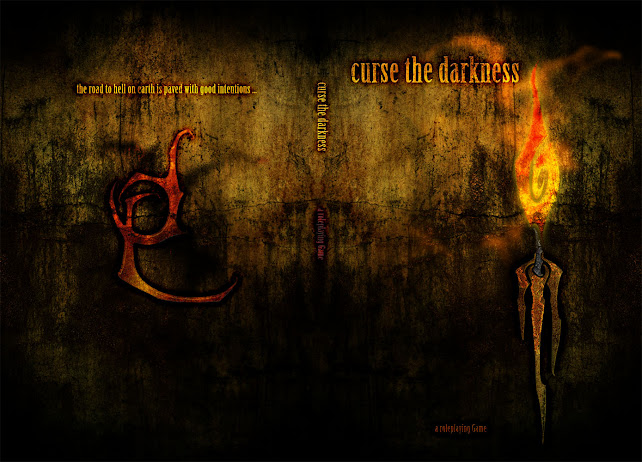 Today he created a kickstarter to fund his project and I'm proud to say I made an exception to not spending any money and pledged enough money to get an example character named after myself (or named by me) in the rulebook. The project won't end for 40 days, but waiting for the rulebook to arrive will be the really agonizing bit.
Posted by Patrick Mallah at Monday, April 16, 2012

Email ThisBlogThis!Share to TwitterShare to FacebookShare to Pinterest
Labels: kickstarter