I've been working on a project that is consuming more time than I thought it would, creating an index of all of the moves from the "unofficial" player-written playbooks of Apocalypse World. I wanted it to look and feel just like the index of moves from the official refbook pdf, however I've been using scribus to create my pdfs and I have not found a way to embed text within a pdf so that it may be copy+pasted. I stayed in wordpad for the index, and many pdfs had formatting issues so I had to fix typos and in some cases rearrange sentences or just retype them, then I alphabetized all of the moves. While doing all of this I got to really analyze every playbook. Many of these playbooks focus on relationships with NPCs and quantify them similar to gear or as part of moves. There are lots of unique mechanics like Sentience for the Synthetic or Rage for the Behemoth, etc. I decided to include brief summaries of what these things are and included them at the end of the document.

A link to the "unofficial" moves document = https://drive.google.com/file/d/0B9cu0IVYfHtiX2ZzbHU0bzNIWEU/view

This project started initially because I wanted to create an index of ALL of the moves that I would be able to give to my players and say "here's the moves list" but I've ended the project with a completely different perspective. I think each of the really unique playbooks are internally consistent, but picking up a move from another playbook is not always relative to the character you are playing. Thus, I think when a player chooses to get a move from another playbook the new move should perhaps be rewritten slightly to address the theme of the core playbook and overall tone of the character being played. I'm also regarding stat substitution moves as generally boring now, but that's a subject for another day. Rewriting the moves on the fly is just an idea, but one I'm going to experiment with a little. For now I have made sure that my document linked above is universal for anybody downloading it. The suggestions and descriptions are written generically, and directed toward the players rather than the MC.

I hope you find it useful! 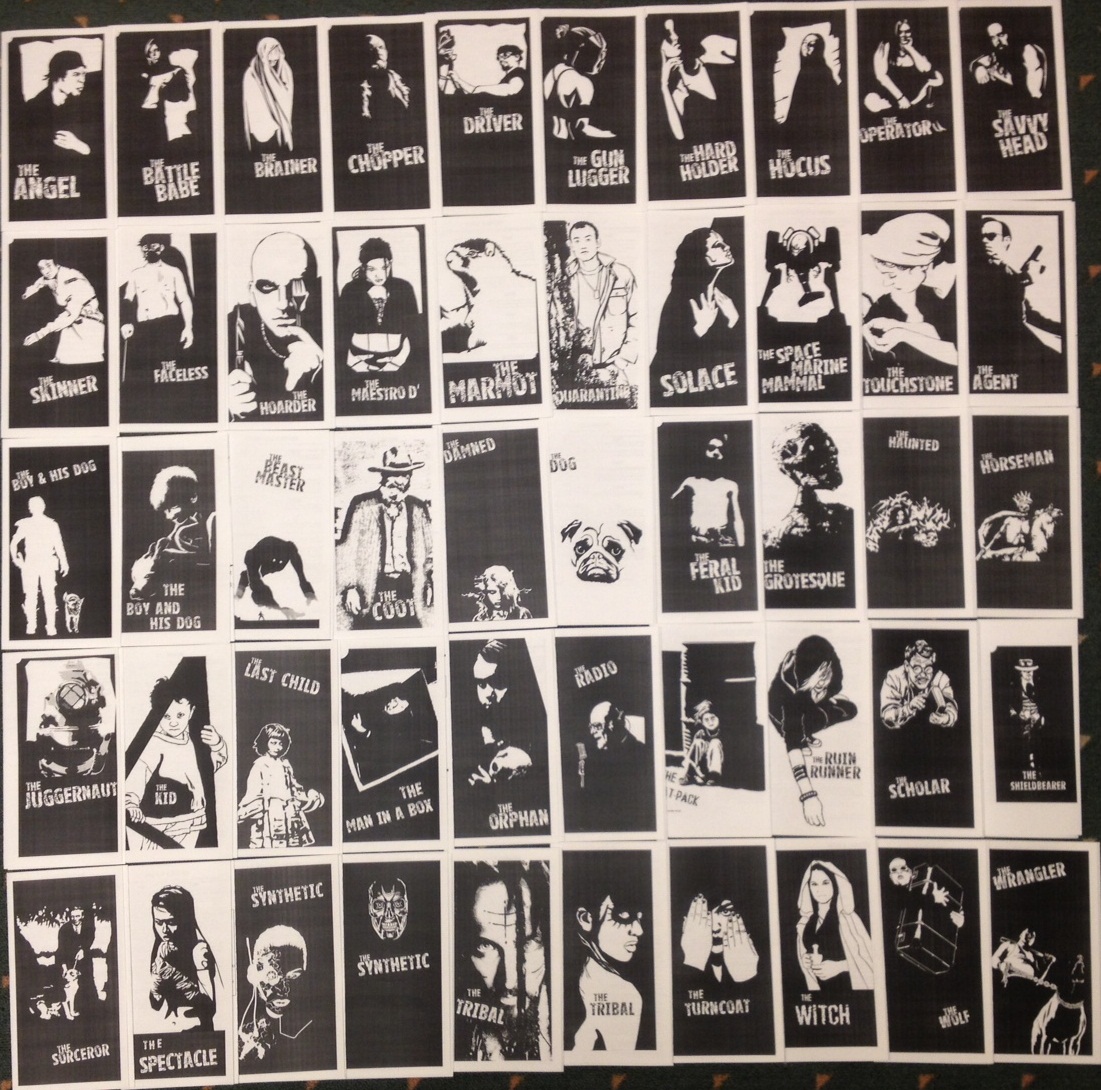