from Oblivion to Skyrim

Since my tabletop role-playing group has been stuttering along with infrequent sessions, I've been playing a lot of Skyrim, the latest entry in the Elder Scrolls series. I've adopted my friend Vince's storytelling technique of crafting my own internal story for the character I am playing within the video game, and my first character was undoubtedly a rogue. 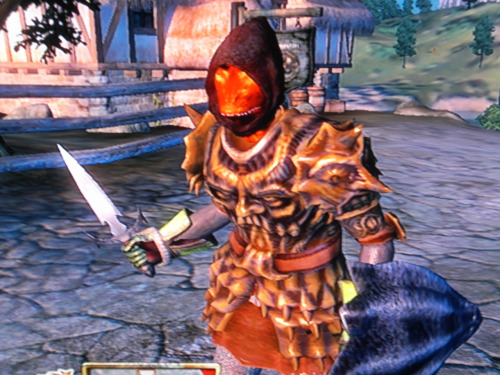 My preferred playing style is to sneak, to backstab, to thieve. Throughout my time with Oblivion, the last Elder Scrolls game, I played an Argonian named Max who became the leader of the Thieves' Guild, took control of the Dark Brotherhood, even journeyed into one of Mehrunes Dagon's dungeons and slew his avatar in order to steal the infamous dagger, Mehrunes Razor. It became my favorite weapon. Max'es favorite weapon. And rarely was anything else used to dispatch my enemies. 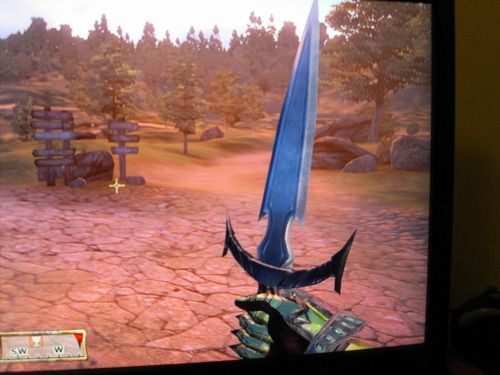 When I started up Skyrim for the first time and was brought to the introductory character creation screen, I immediately fell upon the Argonian option and began tweaking the look of my character. Red scales. Smooth head. Slender body. Before I accepted my alterations I realized "I shouldn't play the same guy! I should play his descendant."
I switched the gender to female. I added feathers to the top of her head. I made her scales darker, and kept her body slender. And so Rasha, the great-granddaughter of Max, was born in a moment of frantic impulse as impromptu and clumsy as Max'es amorous encounters with Argonian women might have been. He was an assassin, after all, and not a lover. 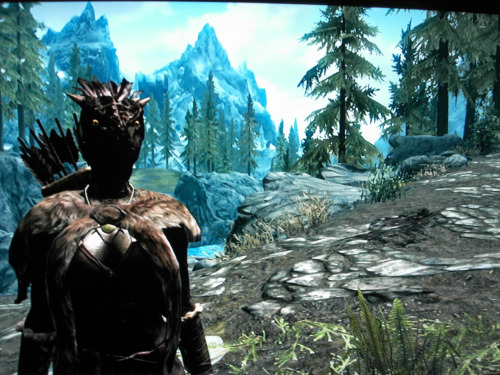 As I played Rasha, I wondered why she was in the region of Skyrim. She never took sides in the civil war, it was of no concern to her. She consumed a dragon's soul and was called 'Dragonborn' but had no interest in such a strange and ancient power. She joined the College of Magic in Winterhold, looking for the secrets of arcane arts which constantly eluded her. She scoured the land for the Thieves' Guild, and found them lacking in strength and leadership, so she rebuilt their order in her image. She had made her own suit of armor, fashioned from the skins of the many dragons she had slain, as they seemed to follow her footsteps across Skyrim like dogs trailing for scraps. Finally, after taking so many jobs as a mercenary, after delving into so many Dwemer ruins, after recovering so many bounties on bandits, on giants, on dragons, she found what she was looking for: the dagger whom her great-grandfather had wielded so viciously, Mehrunes' Razor. 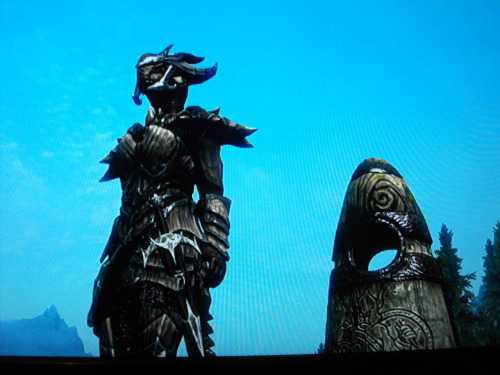 So I made a new character.
Posted by Patrick Mallah at Saturday, December 10, 2011